Buy the Blu-ray of this film
Shipping costs (worldwide) included!

Synopsis
Yardie is the highly anticipated film adaptation of the 1992 cult bestseller of the same name by Jamaican-British author Victor Headley. The film is the directorial debut of Idris Elba (the well-known British actor born in the London borough of Hackney to a Ghanaian mother and Sierra Leoneian father) and stars Aml Ameen, Stephen Graham, Naomi Ackie, Akin Gazi and Sheldon Shepherd Nmdz. The story begins in Jamaica in the early 1970s, where a young Denis (Antwayne Eccleston) witnesses the murder of his brother Jerry Dread (Everaldo Creary) in the crossfire of two rival gangs. The loss of his brother marks his further life path: ‘My brother asked me if I would go the right or the wrong path. This is a story of the path I have chosen.’ As a teenager, Denis (Aml Ameen) soon finds himself in the criminal circuit of Kingston. He is taken under the wing of music producer and gangster boss King Fox (Sheldon Shepherd Nmdz) and manages to work his way up to his right hand. When D, as Denis is called, gets into trouble, Fox sends him to London to cool down. But before that, he has to transport and deliver a package of cocaine to the local drug lord Rico (Stephen Graham). The deal goes completely wrong and D soon finds himself in even greater trouble than in Kingston. At the same time, he tries to step out of the criminal world and to build a new life with his childhood sweetheart Yvonne (Shantol Jackson) and their daughter, who fled to London years ago. But with Rico chasing him, this is nearly impossible, and Denis is putting his family in danger. When he finds out who shot his brother, and that the killer is in London, there seems to be no turning back for D…

Yardie was filmed on location in Jamaica and London in 2017 and premiered at the Sundance Film Festival the year after. After its world premiere, the film had a theatrical run in various countries worldwide. Because Yardie did not receive mainstream distribution in the Netherlands, Caribbean Creativity acquired the rights to the film and organized various screenings in the Netherlands. The organization has a few DVD and Blu-ray copies of the film in store. 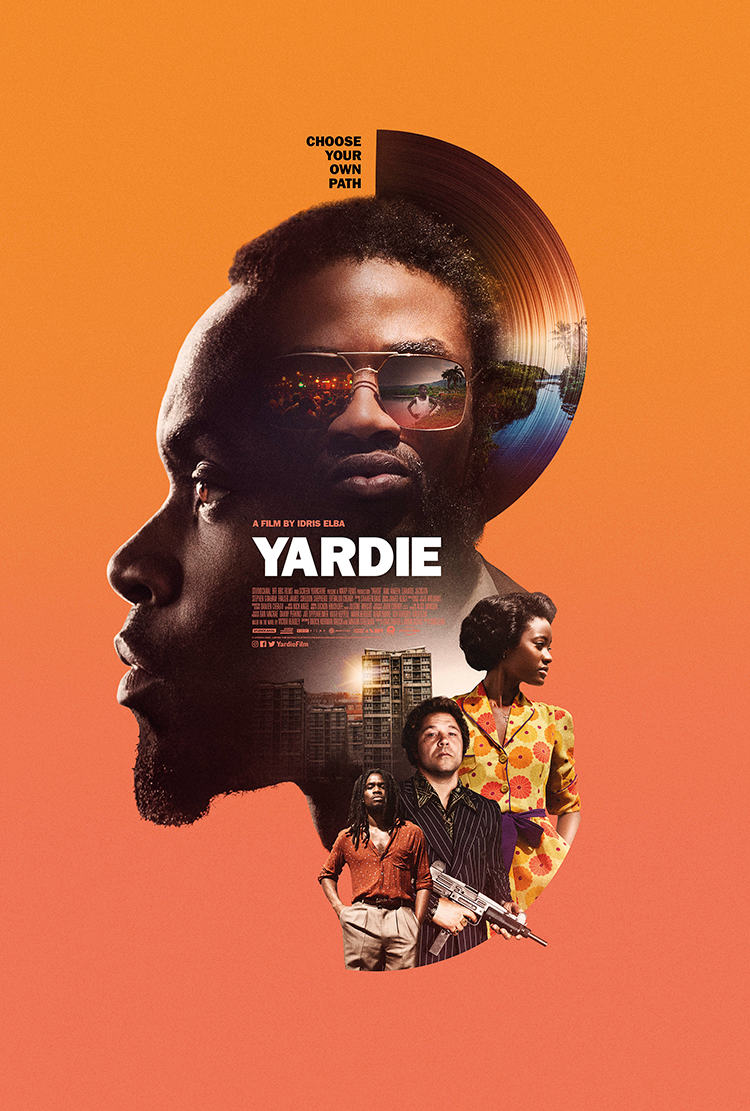