All the way back to the alleged sultry affair between the Jewish King Solomon and the African Queen of Sheba, Jewish influence is evident in the spiritual history of Ethiopia – turning up subtly in Rastafarian lifestyle and then, inevitably, in reggae. Consider that one of the first reggae songs ever broadcast on radio was called ‘Israelite’, or that Rastas and Orthodox Jews take cues from identical passages of the bible on matters of faith, prayer, and dietary and sexual ethics. Most notable, however, is the ever-present theme of Zion that runs deeply in both cultures – the notion of a common longing for repatriation, be it to a spiritual or physical homeland.

Unravelling the story of this unlikely kinship, Awake Zion unites Jewish and Jamaican musicians, scholars, and historians in a celebration of roots and culture. The film travels from Crown Heights, Brooklyn, where Caribbean and Jewish cultures share a history of adversity, via Jamaica, the birthplace of reggae, and ultimately to Israel, where a sizzling reggae scene thrives today.

YardVibes
This film is part of YardVibes, a streaming platform for content from independent African and Caribbean makers. The platform offers many titles for rent, from feature films and web series to documentaries and short films, with new content added each month. All titles can be rented individually for a modest fee, which will largely benefit the makers. You can find the complete YardVibes film catalogue at bit.ly/yardvibes. 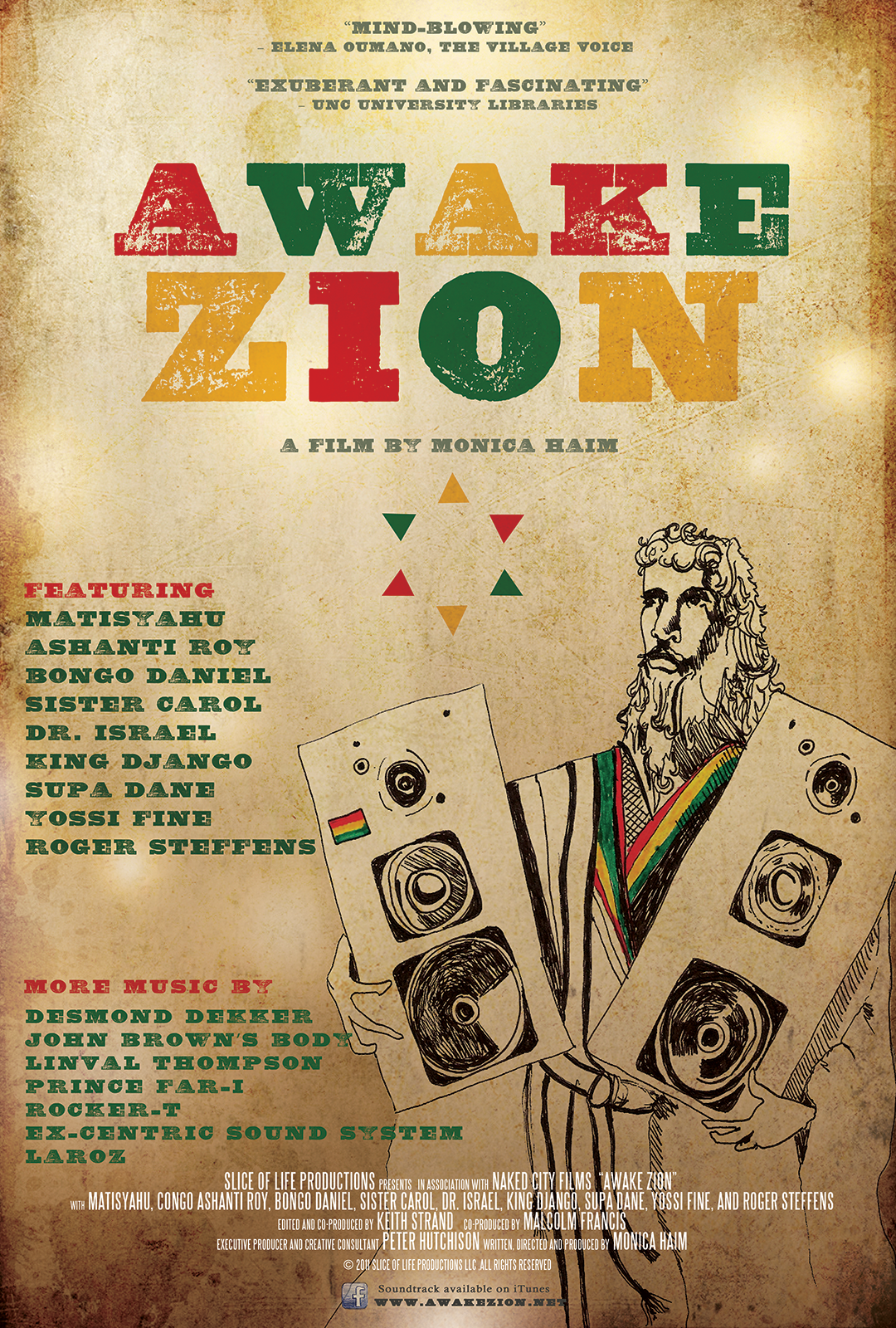