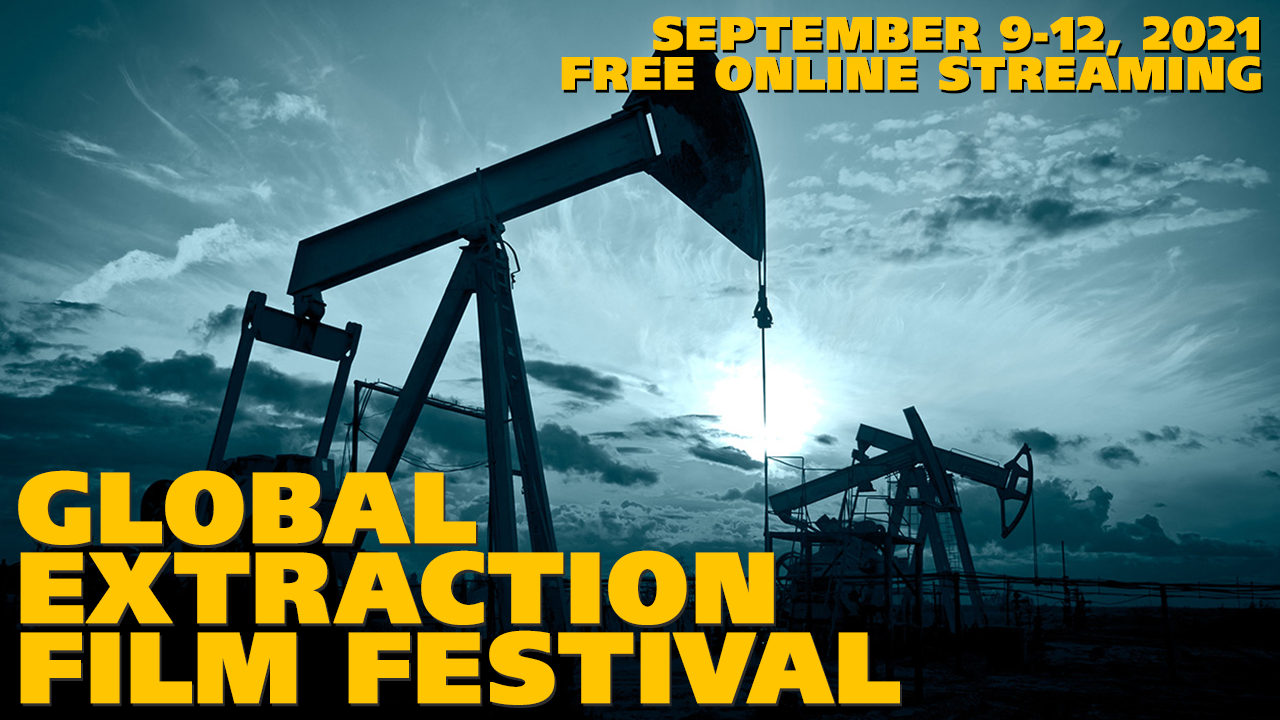 The Global Extraction Film Festival (GEFF) 2021 will be streamed worldwide for free from September 9-12, 2021. The online festival will present 150+ documentaries and urgent shorts from 40+ countries highlighting the destructive impacts of extractive industries. Founded last year by Esther Figueroa (Vagabond Media) and Emiel Martens (Caribbean Creativity), the Global Extraction Film Festival aims to bring attention to the destructive impacts of extractive industries and to highlight communities across the world who are bravely defending against annihilation while creating livable futures.

GEFF2021 is a no-budget film festival without outside funding. It is produced through voluntary labour and the sharing of resources. We primarily program films that are already available to the public, but thanks to the generosity of committed filmmakers and distributors, we are also able to program films that are normally not freely available online. A big THANK YOU to all filmmakers and media outlets whose films we have been able to selecte and especially those who waived their normal screening fees. Another big THANK YOU to our partners who organized and hosted GEFF2021 events: Deep Green Resistance, London Mining Network, Asia Pacific Ecological Network, Freedom Imaginaries. Finally, a big THANK YOU to all the individuals, organizations, and networks who have helped share GEFF2021.

GEFF2021 will feature 4 programs with over 150 documentaries and urgent shorts from over 40 countries, with a wide range of compelling topics that people around the world need to think about. Where, how and by whom is the food we eat, water we drink, clothes we wear, materials in our technology, the energy that powers our lives produced and transported? What are we to do with the billions of tons of waste we create daily? What is our relationship to other species and all life on the planet? Extraction has caused the anthropocene, the climate crisis is real and cannot be wished away or solved by magical technologies based on extraction.

GEFF2021 brings together various films that are already publicly available, but we also have many films that are festival exclusives, meaning that these films are only (freely) available during the festival (September 9-12). If this is the case, we have indicated this on the website  following the film’s title.

The Global Perspectives Program offers 26 feature documentaries and urgent shorts that focus on interrelated issues affecting the world, such as the climate crisis, water, food, energy, mining, overtourism, colonial legacies. Since we present an extensive special focus on the Americas in our Focus on the Americas Program, films in the Global Perspectives Program are primarily about Africa, Asia, Europe, and Oceania. We have selected several films that address global issues from local perspectives across a wide expanse of Europe. One reason we have this focus on Europe is that European nations and the European Union often present themselves as the exemplars of good environmental practices and the purveyors of solutions for the rest of the world, while the same problems of extraction exist in Europe as they do everywhere else in the world. 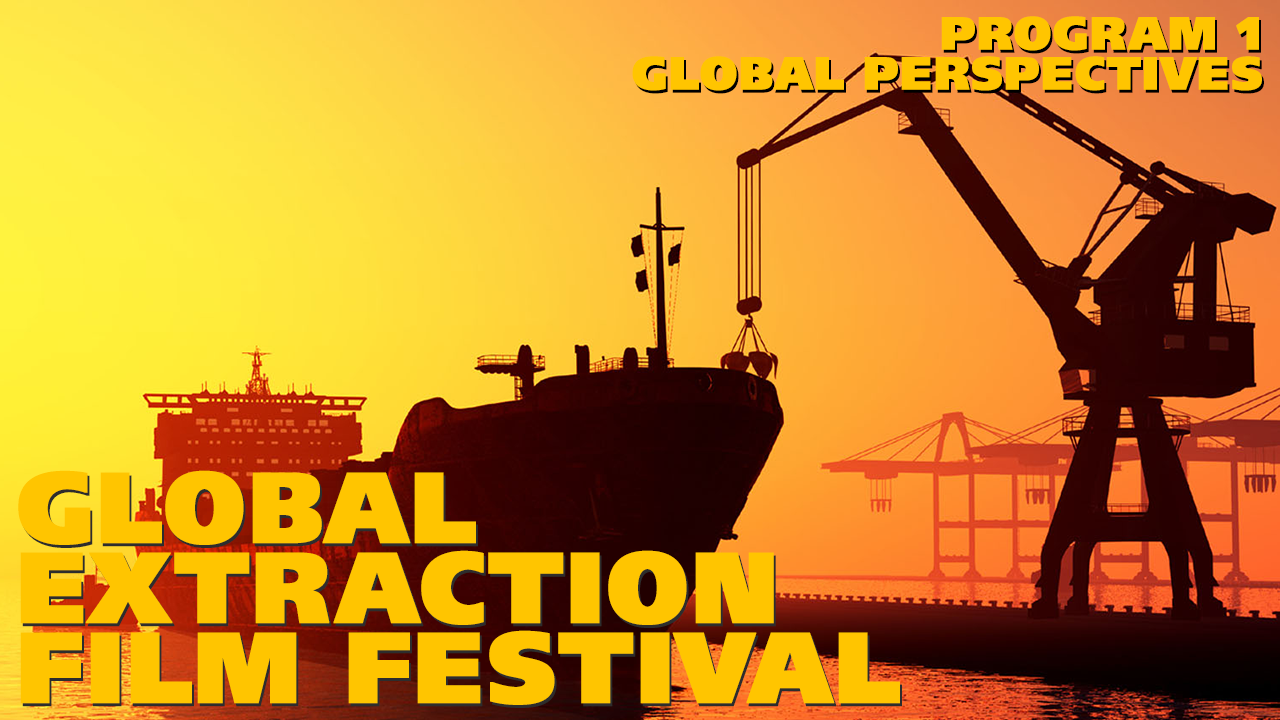 The Focus on the Americas Program, the festival’s most extensive and prominent program this year, offers 100+ feature documentaries and urgent shorts from 30 countries in the Americas, from Argentina in the South to Canada in the North and across the Caribbean islands. 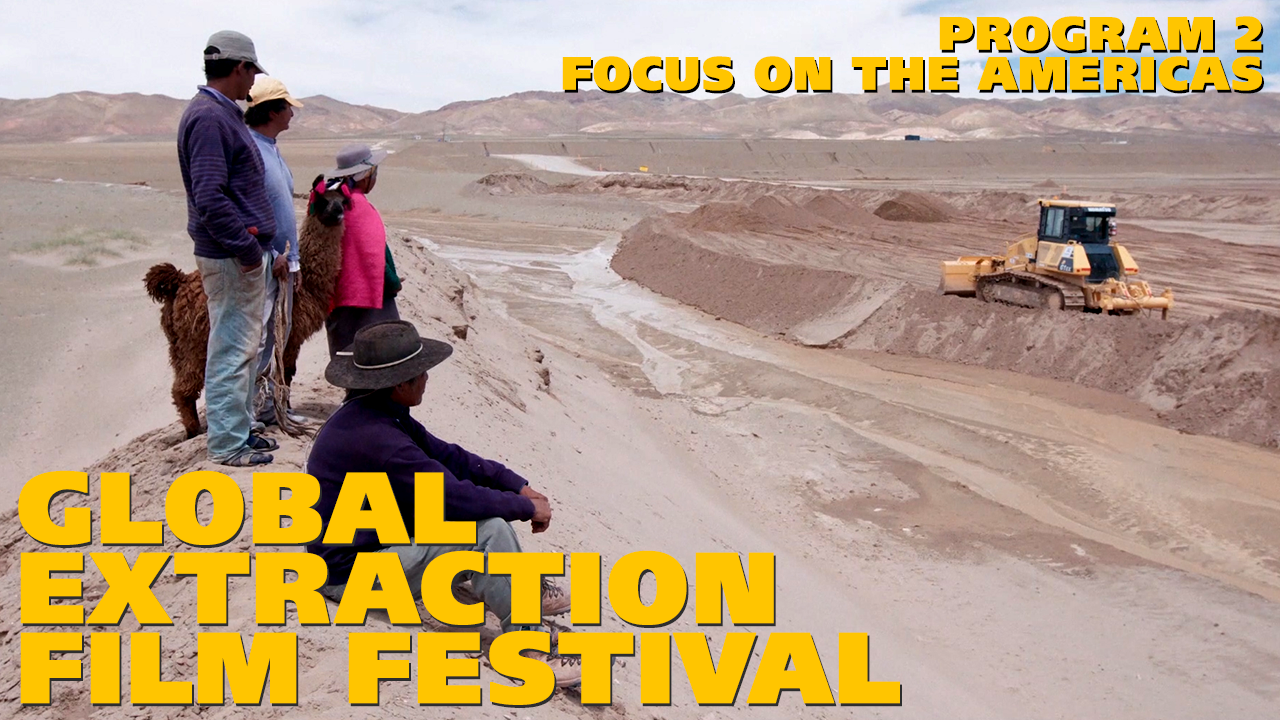 The Animal-Human Studies Program, largely curated by the newly established Centre for Animal-Human Studies Netherlands, comprises over 10 feature documentaries and urgent shorts about the relationship between humans and animals, and the impact of the extractive industries on animals. 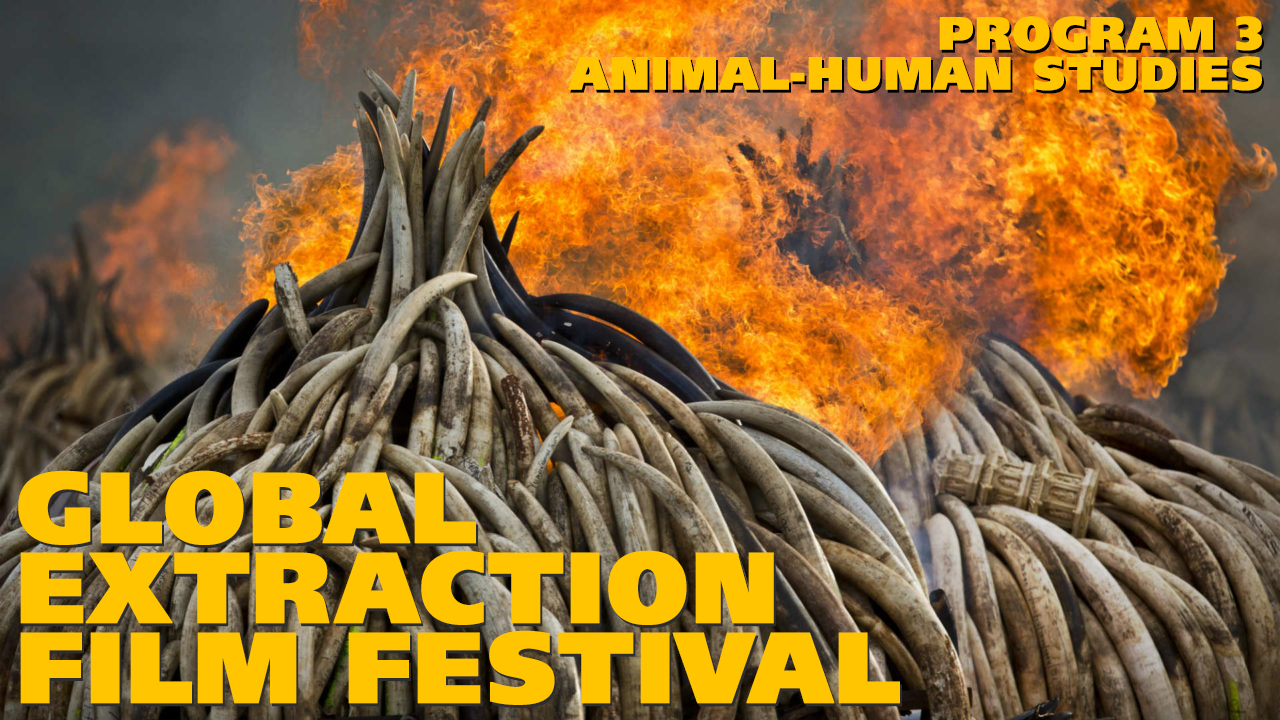 The Presented by Patagonia Program offers 8 feature documentaries and urgent shorts produced by Patagonia Films, ‘a collective of storytellers who make films on behalf of our home planet.’ The selected films are about people fighting for environmental and food justice, to protect last wild places and species, and to find community based solutions. 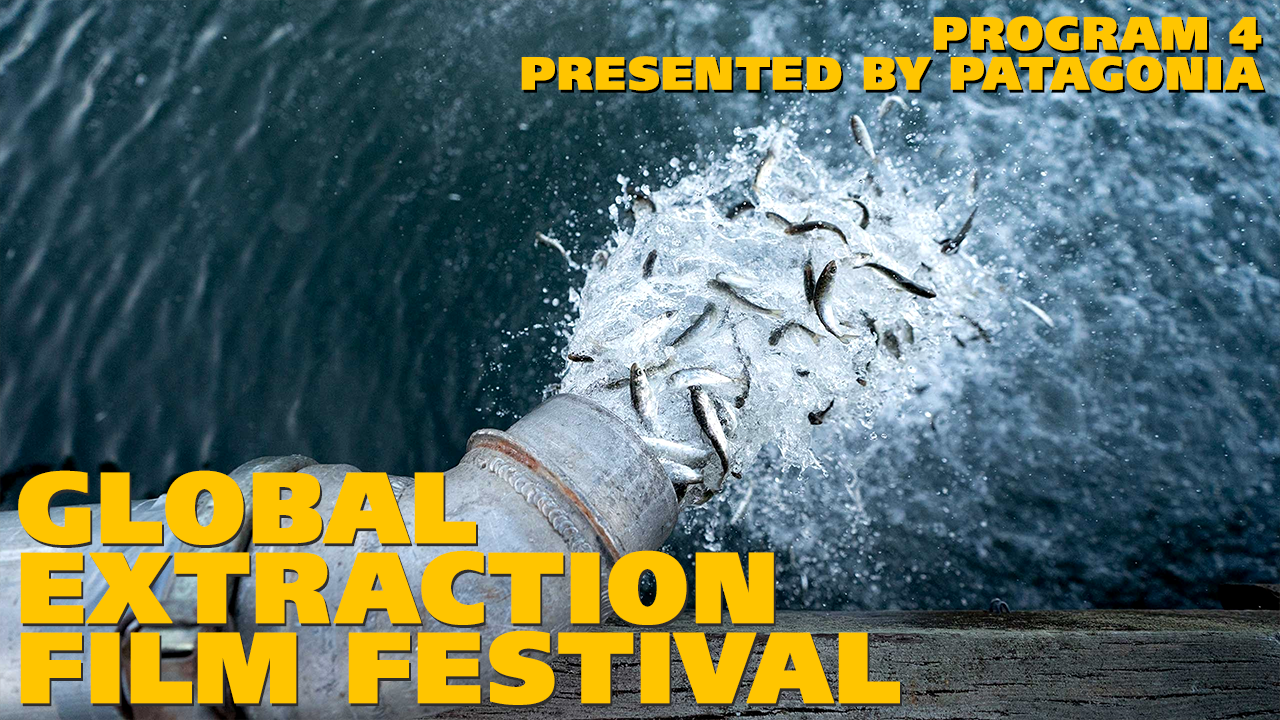 Along with our four film programs, GEFF2021 facilitates special events in the form of online panel discussions about extractive industries and their impacts on specific places and peoples, as well as Q&A with filmmakers. These events are hosted by GEFF’s  partners. 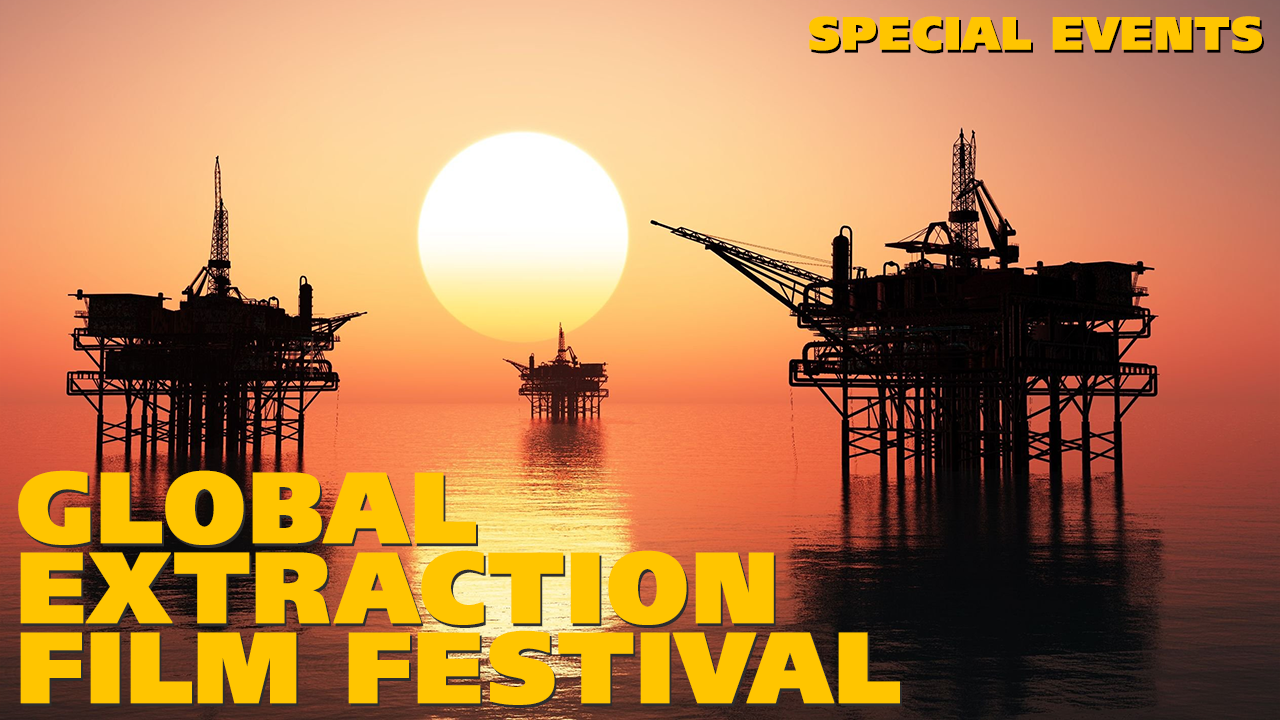 #GEFF2021 #GlobalExtractionAction
Satellites, smart phones, computers, digital storage, automobiles, transportation, the travel industry, space flight, infrastructure, buildings, medicine, energy, technology, the military industrial complex, domestic appliances, cosmetics, foods and beverages – the global economy and all aspects of our “modern” lives depend on the large-scale extraction of minerals, fossil fuels, water, trees, plants and animals, that are then manufactured into the goods and services we consume and the endless wars, military skirmishes and “regime changes” taking place around the world. This political economy can only be accomplished through the exploitation of “cheap” nature, people and labor. The extractive industries destroy the natural environment, displace millions of indigenous and rural people, use huge amounts of energy, discharge toxic waste and pollute, create urban wastelands, damage the health of all living beings, disenfranchise generations and impoverish millions of often already marginalized people – all in the name of development. 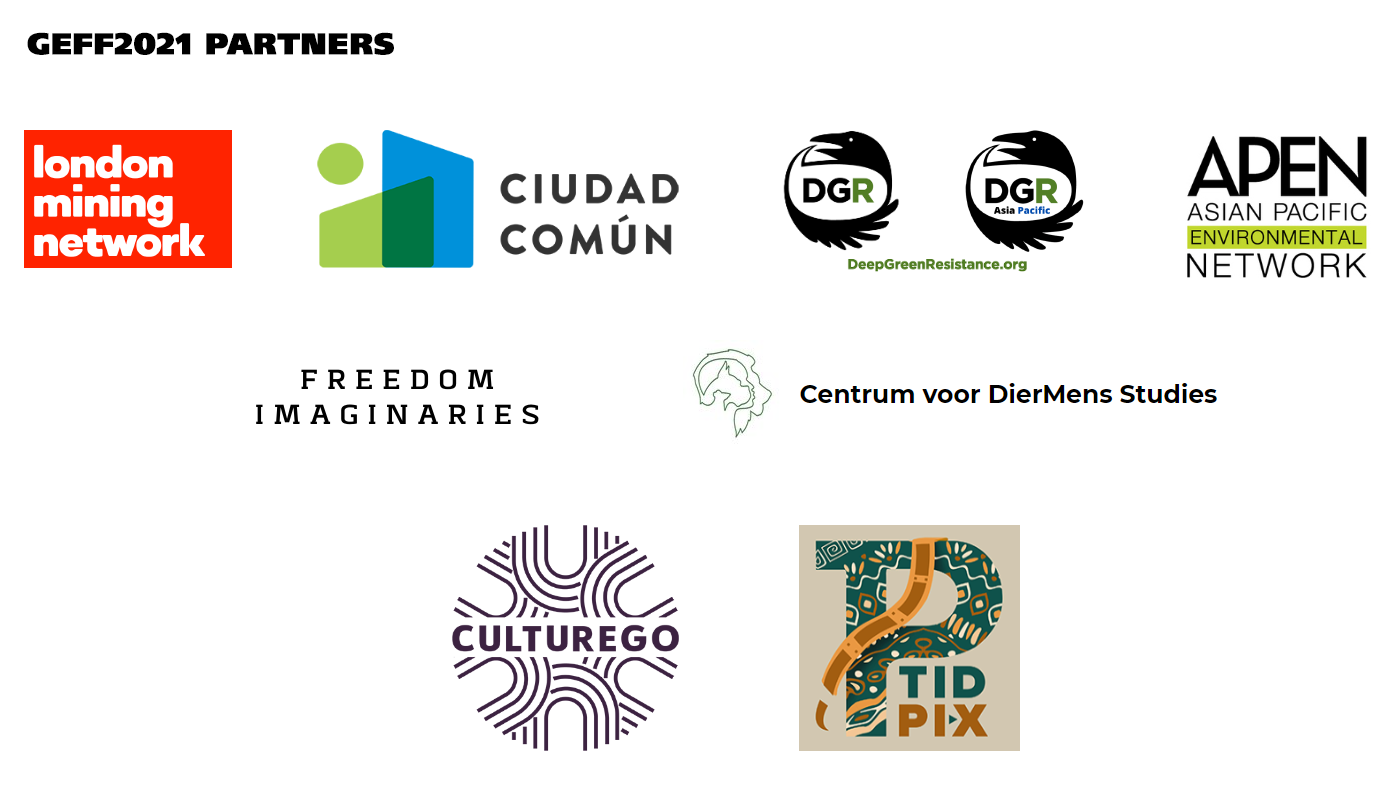