After the death of her father, Zhenzhen leaves China to be with her brother who works construction on the island of Trinidad and Tobago. Threatened upon her arrival; she has to pay more money to enter the country, her brother promises to pay her debt. When he tries to get an advance from his employer unsuccessfully, Zhenzhen becomes desperate and asks her boss for the money who agrees but makes Zhenzhen promise she will work it off.

Emilie Upczak: “Moving Parts is the story of Zhenzhen, a young woman who leaves China after the death of her father to be with her brother, a construction worker on the twin island nation of Trinidad and Tobago. Her expectations are shattered upon arrival, when an arbitrary debt is placed on her for entering the country and she must find the way or means to pay it. Moving Parts is a story of choices and the point in a woman’s life when she chooses to do the unthinkable to save herself and pursue a better life. The film is not a typical story of a northern, white male protagonist saving his black, brown and yellow victims but rather a quiet observation of one woman and her process in a less than hopeful situation.” 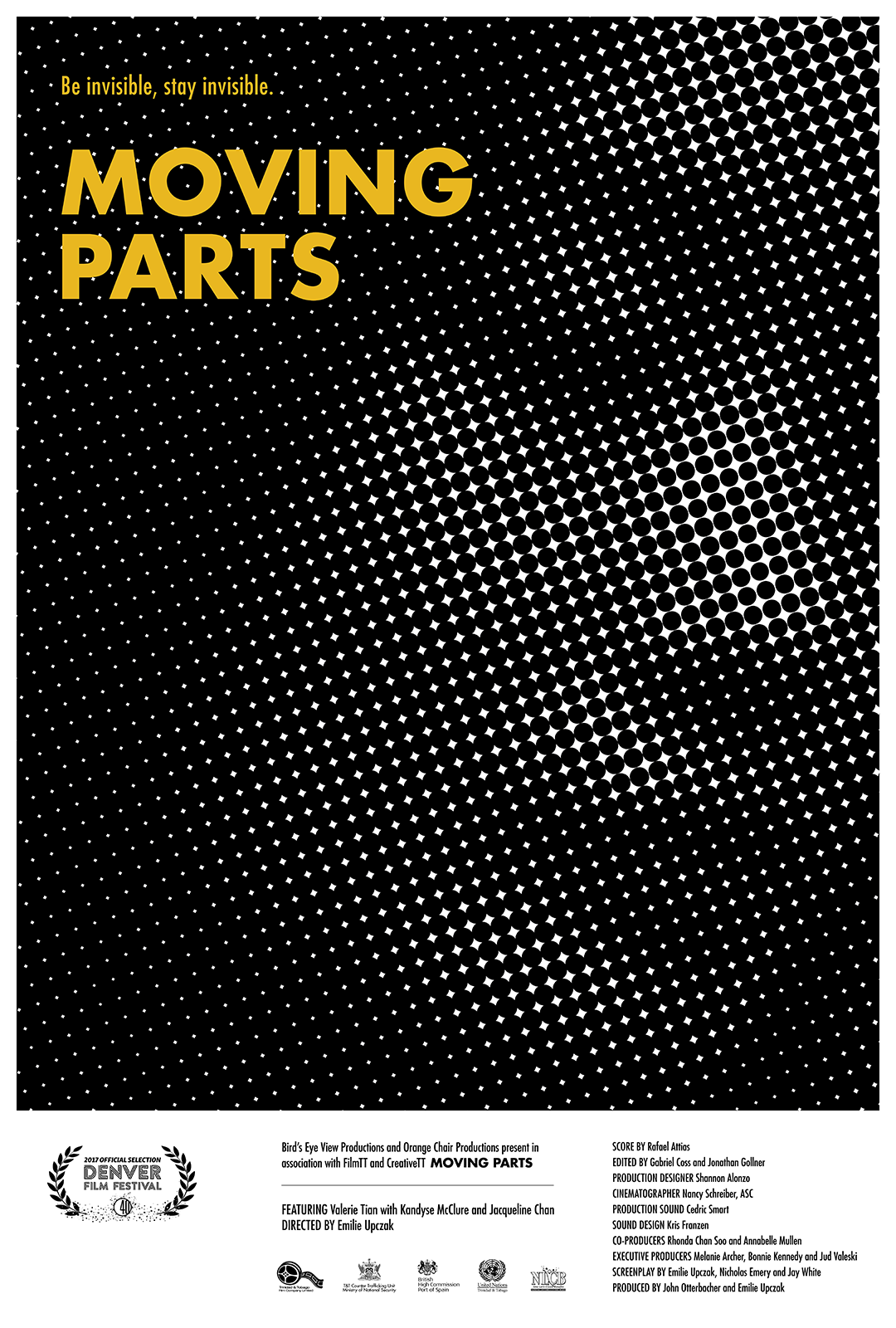