Synopsis
Gifts from Babylon is an award-winning short film exploring the psychological impact of irregular Africa-EU migration through the lens of a Gambian return-migrant. The film shows the inner conflicts that arise when Modou (Christopher ‘Tijan’ Smith), a young deportee from The Gambia, returns to his home country after five years of living illegally in Europe. Suffering from intense flashbacks of his traumatic migrant journey, which keep him from reconnecting with his family, friends and himself, he wonders what has become of him…

Gifts from Babylon is a collaboration between Gambian media production house State of Mic and Dutch filmmaking duo Bas Ackermann and Emiel Martens. The film received its world premiere at the Netherlands Film Festival in 2018 and has since been shown at over 60 film festivals and other events worldwide. The film has been selected, among others, in competition for the Pan African Film Festival (PAFF) in Los Angeles, United States, and the Black Star International Film Festival, Accra, Ghana, and has won several awards, including the Award for Best Fiction Film at The Hague Film Awards and the Award for Best Short Film at the London Fragments Festival. 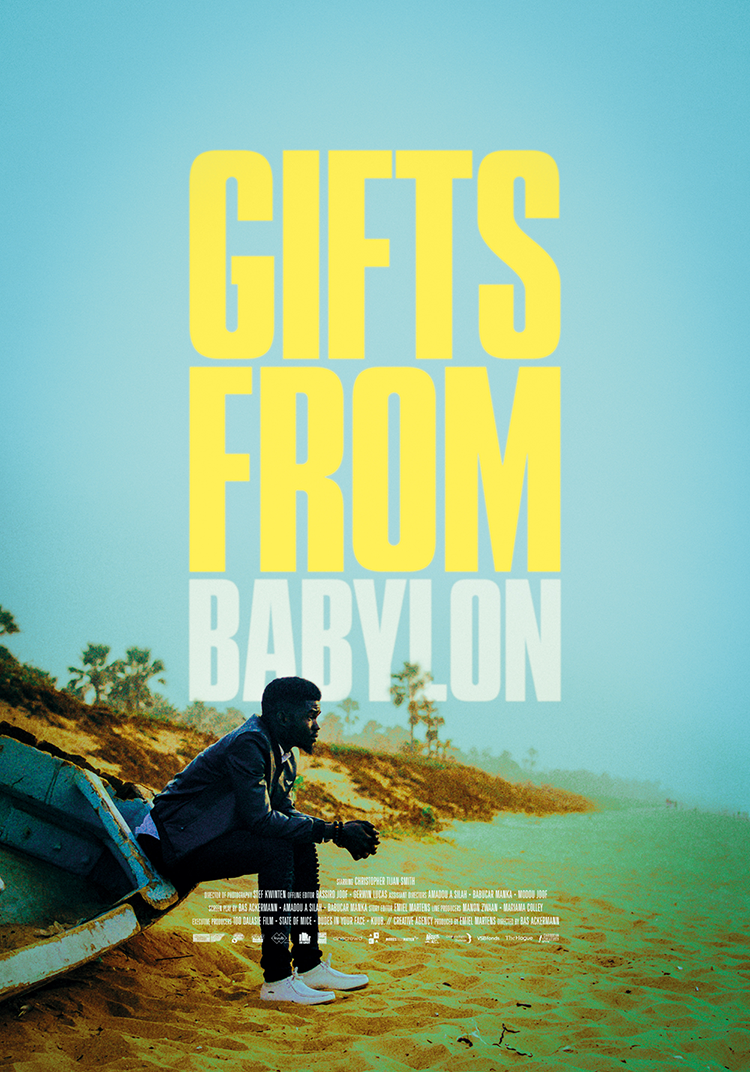