Synopsis
The story of legendary reggae superstar Bob Marley, the musician, the poet and the prophet. Marley was a symbol of human rights who, through his music, decried the injustices of all people and fought for social equality with zealous determination. Includes previously unheard recordings, news footage of the time and live performances of many of his classic hits. Also features intimate glimpses of life with his family and the early years in Trenchtown, and exculsive interviews with his wife Rita Marley, Lee ‘Scratch’ Perry, Chris Blackwell and the original members of The Wailers.

There have been few musicians over the years that have been as influential as Bob Marley, who passed away in 1981 from a form of cancer, but not before putting his home country of Jamaica on the map. One of the group of individuals responsible for starting ska music (one of my favorite genres of music), Rebel Music takes the viewer through the start of the singer’s career in Trenchtown all the way up until his sickness and passing. Interviews are provided with many of the fellow artists and friends that followed Marley as he made music history, including Chris Blackwell of Island Records, who was also responsible for releasing the ska soundtrack to “The Harder They Come”, which went on to sell millions of copies and introduce the music farther out into the world.

The wealth of interviews (such as the ones with wife Rita Marley) give a great deal of insight about who Bob was as a person; we find out more about how he had to push for his music to be played on the radio as well as how government tried to use him since he was the voice of the people at the time. The amount of performance footage is also thrilling, as hits from the early years till towards the end are covered well and allowed to play, if not always completely, for a good length of time. Within the 95 minute running time, director Jeremy Marr does a very fine job of editing down the information to give us the most interesting facts as well as allow us to learn more about the arc of Marley’s life and career, from begining to a tragically early end.

Overall, this is a splendid effort from all involved, informative and insightful about both Marley the man and Marley the legend. 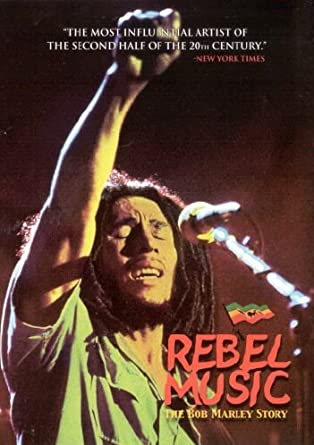