Why Do Jamaicans Run So Fast?

Synopsis
Why Do Jamaicans Run So Fast? tries to find an explanation for the unprecedented success of the Jamaican sprinters at the 2008 Olympics. The documentary tells the exceptional story of the world’s strongest sprinting nation and features exclusive interviews with the Jamaican medal winners, their coaches and their fans. They provide unusual and sometimes hilarious answers. Why Do Jamaicans Run So Fast? also offers a unique insight in Jamaican society. Director Miguel Galofré shows the responses and emotions of the Jamaican people during and after the victories and follows the athletes into their parental home, local sports club and favourite dancehall. Why Do Jamaicans Run So Fast?, produced by Spanish-Jamaican film company Nice Time Productions, has won several international prizes. The film received the Guirlande O’Honneur for Best Sports Documentary at the Milano International FICTS Festival, the award for Best Film and Best Director at the Palermo Sport Film Festival and a Honorable Mention at the American Black Film Festival in Miami.

Besides the DVD, Why Do Jamaicans Run So Fast? also contains a bonus CD with seventeen great tracks. 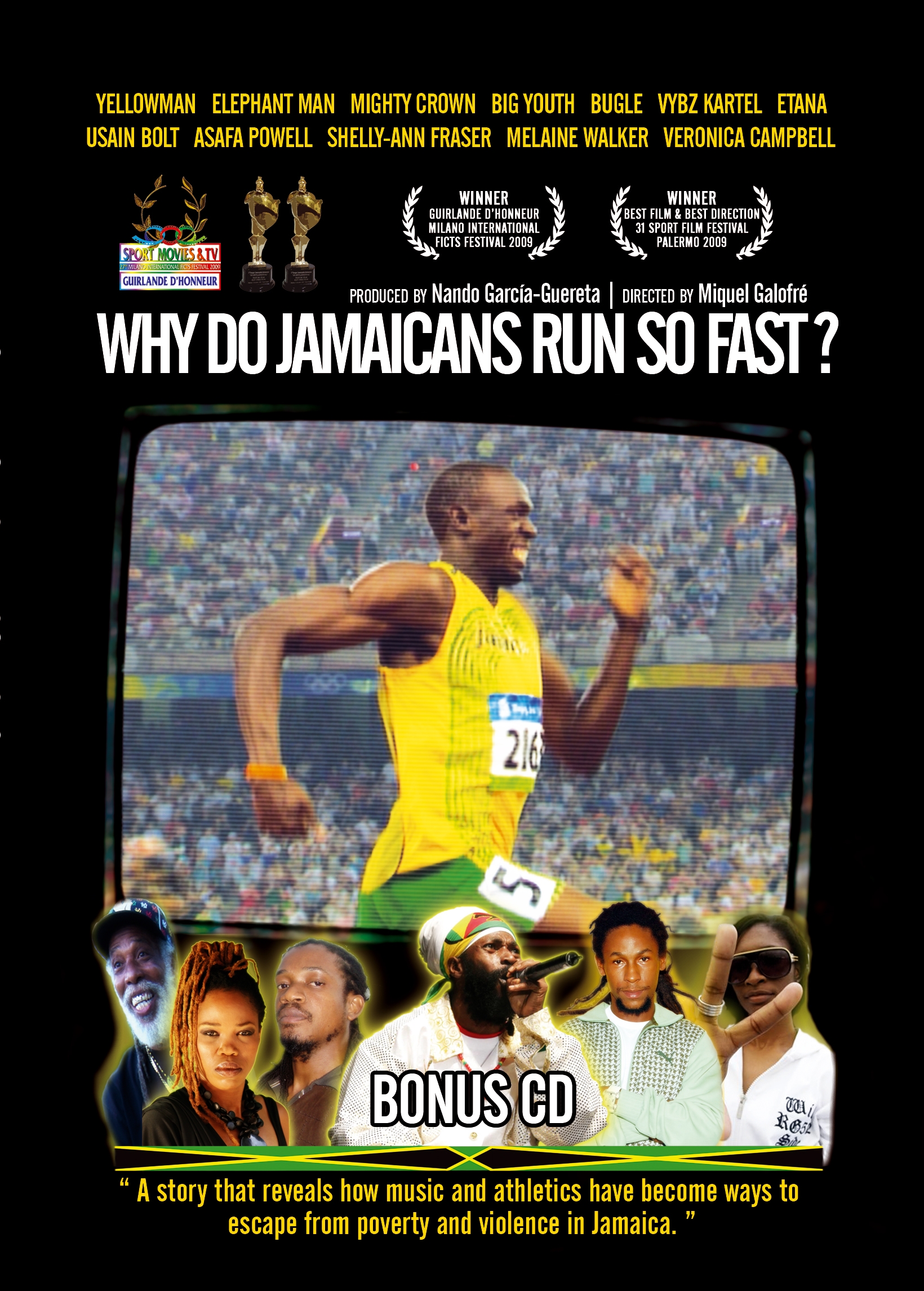