Synopsis
Ayanda is a feature film about friendship, love and growth in contemporary South Africa. The hip 21-year-old Afro artist Ayanda (Fulu Mugovhani) is the daughter of a Nigerian father and South African mother. After her father’s death, she tries to keep up with his ailing garage. When her uncle announces that he wants to sell the garage, Ayanda sees the only tangible memory of her father fade away. With the help of her friend David (Oc Ukeje) she starts a new venture to save the garage: refurbishing and then selling old vintage cars. Ayanda’s original and creative inventiveness is an allegory for modern South Africa, a country in transition where communities are diverse, ideas flow freely and women have a voice. Ayanda is a sublime ‘coming-of-age’ film by director and producer Sara Blecher, who previously made Otelo Burning Movie (2011) and has won 17 international awards. 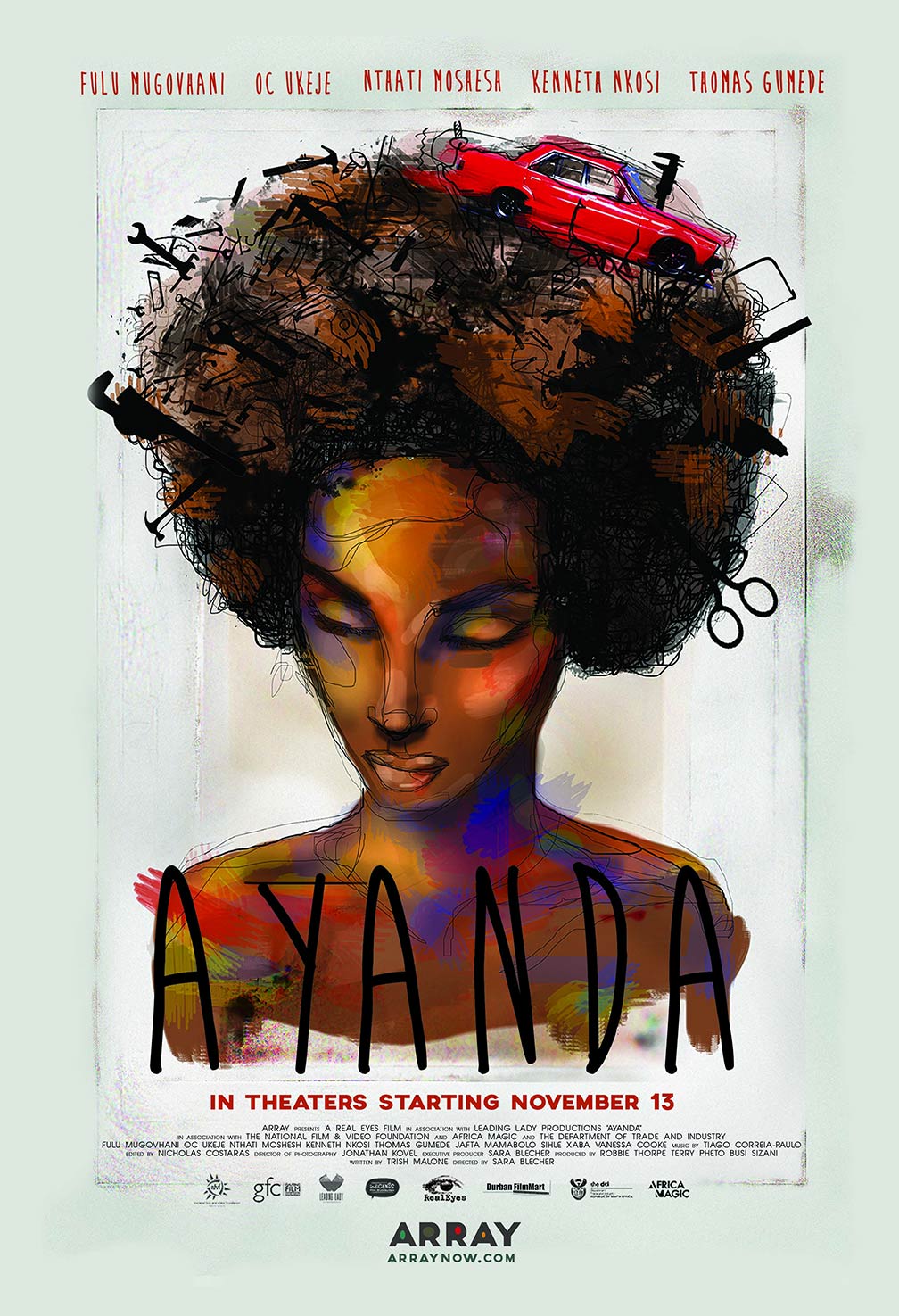