Reggae Classics: Healing of the Nation: Ganja in Jamaica (2022) | NL and European premiere!

All in all, the next 𝗥𝗲𝗴𝗴𝗮𝗲 𝗖𝗹𝗮𝘀𝘀𝗶𝗰𝘀 (and the last edition of 2022 in celebration of 𝗝𝗮𝗺𝗮𝗶𝗰𝗮 𝟲𝟬) will be all about rural Jamaica and the role of ganja there in particular. Of course there will also again be Jamaican snacks from 𝗥𝗲𝗴𝗴𝗮𝗲 𝗥𝗶𝘁𝗮 and reggae tunes as soon as you enter the cinema!

𝗦𝘆𝗻𝗼𝗽𝘀𝗶𝘀 𝗠𝗲𝘀𝘀𝗮𝗴𝗲 𝗳𝗿𝗼𝗺 𝘁𝗵𝗲 𝗜 𝗮𝗻𝗱 𝗜: 𝗔 𝗥𝗮𝘀𝘁𝗮 𝗦𝘁𝗼𝗿𝘆
𝗠𝗲𝘀𝘀𝗮𝗴𝗲 𝗳𝗿𝗼𝗺 𝘁𝗵𝗲 𝗜 𝗮𝗻𝗱 𝗜 is a Rasta story set in the hills of Eastern Jamaica. Drawing on the experience of one particular Rasta and merging his story with old footage of Bob Marley, vintage scenes of Jamaica, and the famous speech of Haile Selassie (an Emperor of Ethiopia), this cinematic short film dabbles with a documentary-style to explore what Rasta means as a way of life. It also touches on the Rasta belief surrounding marijuana usage, ‘decriminalisation of herb’, and the socio-economic state of Jamaica.

𝗦𝘆𝗻𝗼𝗽𝘀𝗶𝘀 𝗦𝘁𝗿𝗶𝗰𝘁𝗹𝘆 𝗧𝘄𝗼 𝗪𝗵𝗲𝗲𝗹
𝗦𝘁𝗿𝗶𝗰𝘁𝗹𝘆 𝗧𝘄𝗼 𝗪𝗵𝗲𝗲𝗹 is an intimate portrait by Ania Freer of a family-owned mechanic shop in rural Jamaica and a father’s love for his children and community. Bobo uses minimal resources to provide a medium for mobility and independence and imbues his children with the skills to maintain the craft of bicycle-building.

𝗦𝘆𝗻𝗼𝗽𝘀𝗶𝘀 𝗝𝘂𝘀𝘁𝗶𝗰𝗲
The 5-minute music video or, better, short film 𝗝𝘂𝘀𝘁𝗶𝗰𝗲 by reggae artist 𝗞𝗲𝘇𝗻𝗮𝗺𝗱𝗶, directed by Ivor Mccray, juxtaposes the injustices faced in the 1960s (the infamous Coral Gardens massacre) by Rastafarians who were regularly imprisoned, beaten, trimmed, exiled and sectioned in Jamaica, to present day. the film shows that this social injustice has been re-awakened. The Justice visuals also come after 𝗞𝗲𝘇𝗻𝗮𝗺𝗱𝗶 called out fellow Rastafarian artists for remaining silent on the alleged trimming of the locks of 19-year-old Nzinga King, by a policewoman whilst in the custody of the Four Paths police in Clarendon.

𝗔𝗯𝗼𝘂𝘁 𝗥𝗲𝗴𝗴𝗮𝗲 𝗖𝗹𝗮𝘀𝘀𝗶𝗰𝘀
In honour of Jamaica’s 60th anniversary, 𝗠𝗲𝗹𝗸𝘄𝗲𝗴 𝗖𝗶𝗻𝗲𝗺𝗮, 𝗥𝗲𝗴𝗴𝗮𝗲 𝗥𝗶𝘁𝗮, and 𝗖𝗮𝗿𝗶𝗯𝗯𝗲𝗮𝗻 𝗖𝗿𝗲𝗮𝘁𝗶𝘃𝗶𝘁𝘆 have joined forces to host a Jamaican night every last Friday of the month! With 𝗥𝗲𝗴𝗴𝗮𝗲 𝗖𝗹𝗮𝘀𝘀𝗶𝗰𝘀 we commemorate and celebrate 𝗝𝗮𝗺𝗮𝗶𝗰𝗮 𝟲𝟬, the 60th anniversary of the island’s independence. We will program a Jamaican film classic or premiere every month, including authentic Jamaican food from Reggae Rita and of course as much reggae music as possible (from DJs in the theatre to concert in the club). 𝗥𝗲𝗴𝗴𝗮𝗲 𝗖𝗹𝗮𝘀𝘀𝗶𝗰𝘀 is supported by the Jamaican Embassy and the Jamaica Tourist Board. 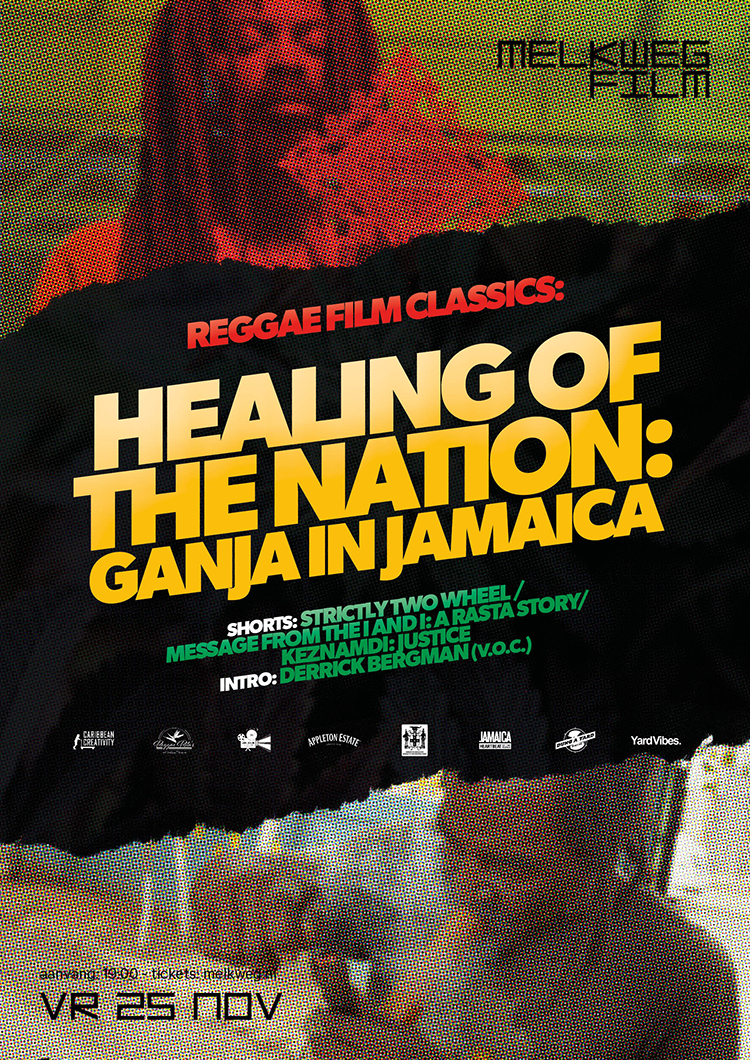