On Thursday, November 11, at 8.30pm, Melkweg Cinema, in collaboration with Caribbean Creativity, will host the Dutch and even European premiere of the much-anticipated documentary 𝗦𝗵𝗲𝗹𝗹𝗮 𝗥𝗲𝗰𝗼𝗿𝗱: 𝗔 𝗥𝗲𝗴𝗴𝗮𝗲 𝗠𝘆𝘀𝘁𝗲𝗿𝘆! In this fascinating film, Canadian DJ, record collector and filmmaker Chris Flanagan sets out on a decade-long quest to find Shella Record, a lost Jamaican reggae singer whose beautiful female voice is heard on ‘Jamaican Fruit of African Roots’, one of King Tubby’s most dramatic dubs from the 1970s.

𝗦𝘆𝗻𝗼𝗽𝘀𝗶𝘀 𝗦𝗵𝗲𝗹𝗹𝗮 𝗥𝗲𝗰𝗼𝗿𝗱: 𝗔 𝗥𝗲𝗴𝗴𝗮𝗲 𝗠𝘆𝘀𝘁𝗲𝗿𝘆
After Canadian DJ, record collector and filmmaker, Chris Flanagan, hears an obscure but haunting recording by a Jamaican singer named Shella Record, he develops a decade-long obsession to find this mysterious woman. Turning into an amateur music detective, he follows sparse clues from Canada and the United states into the world of Jamaican music. Enlisting the help of psychics, private investigators and a ghost hunter, Chris embarks on an increasingly desperate search. Aided by whimsical miniature models and fanciful recreations, Flanagan leads the audience on an alluring reggae musical adventure to find out what happened to the elusive singer. Does he finally find her?

Ten years ago, artist and vinyl fanatic Chris Flanagan unearthed a mysterious thrift store record that changed his whole life. Haunted by the voice of a woman on the record, listed only as ‘Shella Record’ he dropped everything and began a quest to find out who she was and what happened to her. From Toronto, to Kingston Jamaica and all across America following in her footsteps from New York to Los Angeles, enlisting the help of psychics, private investigators and a ghost hunter, Chris embarks on an increasingly desperate search. Does he finally find her?

Jamaican Fruit of African Roots is the long-lost vocal cut to one of King Tubby’s most dramatic and devastating dubs from the 1970s. It was never released in Jamaica, but housed on an obscure compilation released only in Toronto in tiny quantities during the mid 1970s. The song’s powerful vocal came from the little known Jamaican female singer, Sheila Rickards aka Shella Record. With the discovery of the record in a musty Canadian thrift store more than ten years ago, Flanagan’s obsessive search for her started.

According to Flanagan, “the singer’s voice was unlike anything I had ever heard in reggae before and sparked an international quest to find the lost siren. Beginning in Toronto where the record was pressed by local label Monica’s in the mid 70s, I quizzed producers, collectors and reggae artists, all of whom were as mystified as I was. I travelled to Jamaica and tracked down legendary producer Bunny Striker Lee, who recorded the song in 1975 with a full line up of Aggrovators, some of the most prolific and talented musicians who ever worked on the island. Bunny revealed that Shella Record was in fact Sheila Rickards, a Greenwich Farm Jazz singer from the mento era who began performing as a child with artists like Lennie Hibbert and Carlos Malcolm. He had not seen her since she vanished in 1975 after they worked on this song at Harry Js and later voiced the track at King Tubby’s infamous Drumillie Ave studio. Despite tracking down many of the musicians who played on the song, Jamaican Jazz artists from the era and even Sheila’s family, Sheila’s whereabouts remained a mystery. Hearing rumours of her relocation to Los Angeles or New York, I travelled the States desperate to find out what happened to this remarkable diva. Every clue led to a red herring which led to a dead end. I decided to hire a private detective in the hope to get more answers.”

Flanagan’s search has been filmed from the outset and culminated in the documentary film 𝗦𝗵𝗲𝗹𝗹𝗮 𝗥𝗲𝗰𝗼𝗿𝗱: 𝗔 𝗥𝗲𝗴𝗴𝗮𝗲 𝗠𝘆𝘀𝘁𝗲𝗿𝘆. The film premiered at Hot Docs in 2019 (Top 10 Audience Favourite) and has played in festivals around the world as well as on television in Canada and Jamaica. The screening in 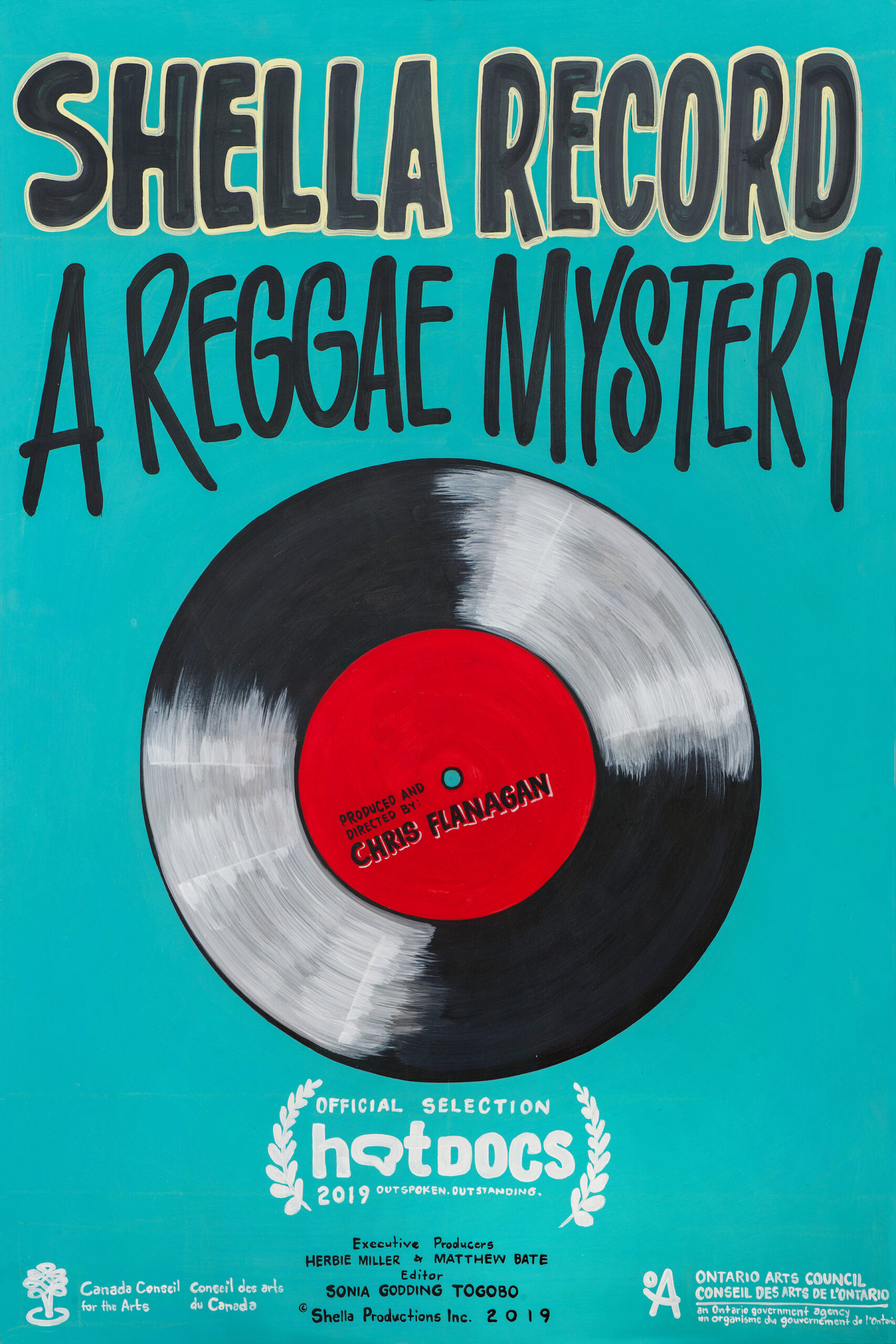