On Friday, May 13th, 2016, Caribbean Creativity, in collaboration with Each One Teach One, present the next edition of Rootical Vibrations in de Roode Bioscoop in Amsterdam. On this special day we pay tribute to Bob Marley, who died on May 11th, 1981, exactly 35 years ago. We also proudly celebrate the 6th anniversary of Rootical Vibrations. Six years ago, we started Rootical Vibrations with the Dutch premiere of Holding On To Jah and now, 12 editions later, we show (the new version) this unique Rasta film again!

Holding On To Jah tells the story of the rise of Rastafari and Roots Reggae on the basis of original archival material and numerous interviews with famous Jamaican artists, including URoy, Pablo Moses, Ras Michael, Joseph Hill, IJahman, Don Carlos, Sugar Minott and many others. The film is directed by director Roger Landon Hall and produced by Harrison Stafford (Groundation) and only recently released officially after years of clearing the music rights. On Friday, May 13th, we screen the last and final version of Holding on to Jah!

After the film there will be a live performance by reggae singer Sister Benji and the whole night Chef Journy Huyck will be present to serve his nice ital food. 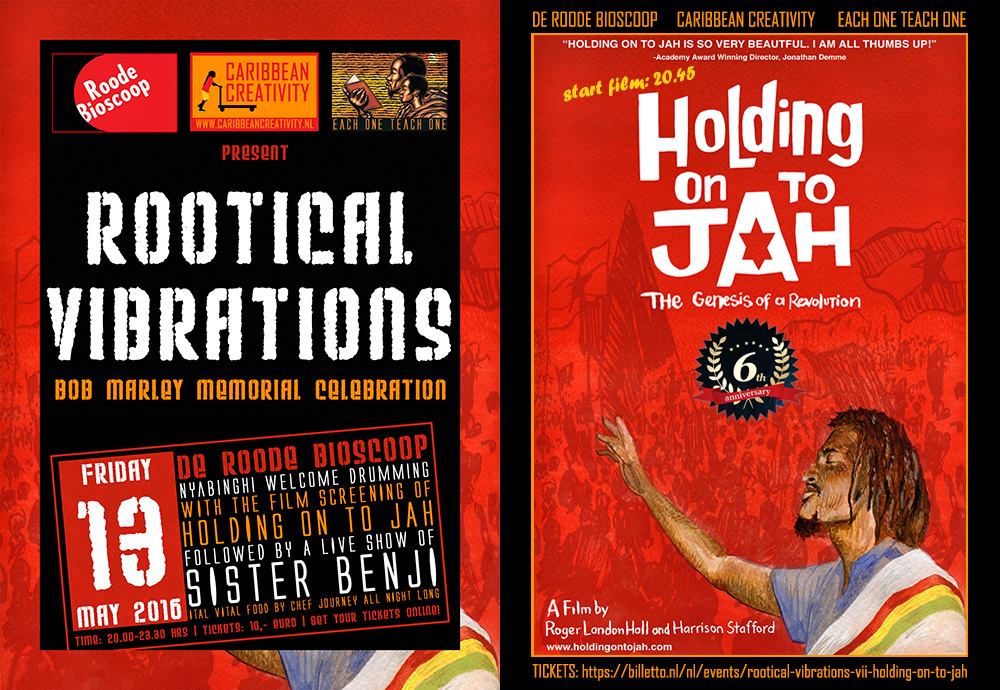