On Friday May 27 at 8pm we will show the ultimate Jamaican reggae classic, 𝗧𝗵𝗲 𝗛𝗮𝗿𝗱𝗲𝗿 𝗧𝗵𝗲𝘆 𝗖𝗼𝗺𝗲 (1972/2019), during the fourth edition of 𝗥𝗲𝗴𝗴𝗮𝗲 𝗖𝗹𝗮𝘀𝘀𝗶𝗰𝘀 at 𝗠𝗲𝗹𝗸𝘄𝗲𝗴 𝗖𝗶𝗻𝗲𝗺𝗮! It concerns a completely new scan of the original footage, so that the film looks and sounds better than ever before! And of course there are again Jamaican snacks from 𝗥𝗲𝗴𝗴𝗮𝗲 𝗥𝗶𝘁𝗮 and reggae tunes as soon as you enter the theatre.

𝗦𝘆𝗻𝗼𝗽𝘀𝗶𝘀 𝗧𝗵𝗲 𝗛𝗮𝗿𝗱𝗲𝗿 𝗧𝗵𝗲𝘆 𝗖𝗼𝗺𝗲
The film is already 50 years old, but 𝗧𝗵𝗲 𝗛𝗮𝗿𝗱𝗲𝗿 𝗧𝗵𝗲𝘆 𝗖𝗼𝗺𝗲 is still considered ‘the most influential Jamaican film and one of the most important films from the Caribbean’, as renowned film scholar Barbara Mennel once described Perry Henzell’s urban crime drama. With the story of ‘original rude boy’ Ivan Martin, director Perry Henzell put himself and Jamaican and Caribbean cinema on the map in 1972, ten years after Jamaica’s independence. When young Jamaican Ivan Martin (played by reggae singer Jimmy Cliff) moves to Kingston, he tries to fulfill his dream of becoming a reggae singer. When his career doesn’t take off, he gets involved with corrupt music producers and drug dealers. The film was a huge hit in Jamaica and became very popular in the United States and later elsewhere as well. 𝗧𝗵𝗲 𝗛𝗮𝗿𝗱𝗲𝗿 𝗧𝗵𝗲𝘆 𝗖𝗼𝗺𝗲 was not only the very first Jamaican feature film, it was also the film that introduced reggae to the world. Jimmy Cliff, whose character was loosely based on the life of Rhygin, a genuine Jamaican outlaw folk hero of the 1950s, contributed significantly to this with his legendary role and songs such as ‘Many Rivers to Cross’, ‘You Can Get It If You Really Because’ and, of course, ‘The Harder They Come’. In short, an absolute must for every reggae fan and film lover!

𝗔𝗯𝗼𝘂𝘁 𝗥𝗲𝗴𝗴𝗮𝗲 𝗖𝗹𝗮𝘀𝘀𝗶𝗰𝘀
In honour of Jamaica’s 60th anniversary, Melkweg Cinema, Caribbean Creativity and Reggae Rita have joined forces to host a Jamaican night every last Friday of the month! With 𝗥𝗲𝗴𝗴𝗮𝗲 𝗖𝗹𝗮𝘀𝘀𝗶𝗰𝘀 we commemorate and celebrate ‘Jamaica 60’, the 69th anniversary of the island’s independence. We will program a Jamaican film classic or premiere every month, including authentic Jamaican food from Reggae Rita and of course as much reggae music as possible (from DJs in the theatre to concert in the club). 𝗥𝗲𝗴𝗴𝗮𝗲 𝗖𝗹𝗮𝘀𝘀𝗶𝗰𝘀 is supported by the Jamaican Embassy and the Jamaica Tourist Board.

𝗔𝗯𝗼𝘂𝘁 𝗠𝗲𝗹𝗸𝘄𝗲𝗴 𝗖𝗶𝗻𝗲𝗺𝗮, 𝗥𝗶𝘁𝗮 𝗥𝗲𝗴𝗴𝗮𝗲 𝗮𝗻𝗱 𝗖𝗮𝗿𝗶𝗯𝗯𝗲𝗮𝗻 𝗖𝗿𝗲𝗮𝘁𝗶𝘃𝗶𝘁𝘆
​Melkweg Cinema is a film theatre in Amsterdam specifically dedicated to screening music films. Reggae Rita is a Jamaican pop-up restaurant and caterer based in Amsterdam. Caribbean Creativity is a non-profit organization committed to the programming and promotion of Caribbean and Caribbean-themed cinema in the Netherlands and beyond. 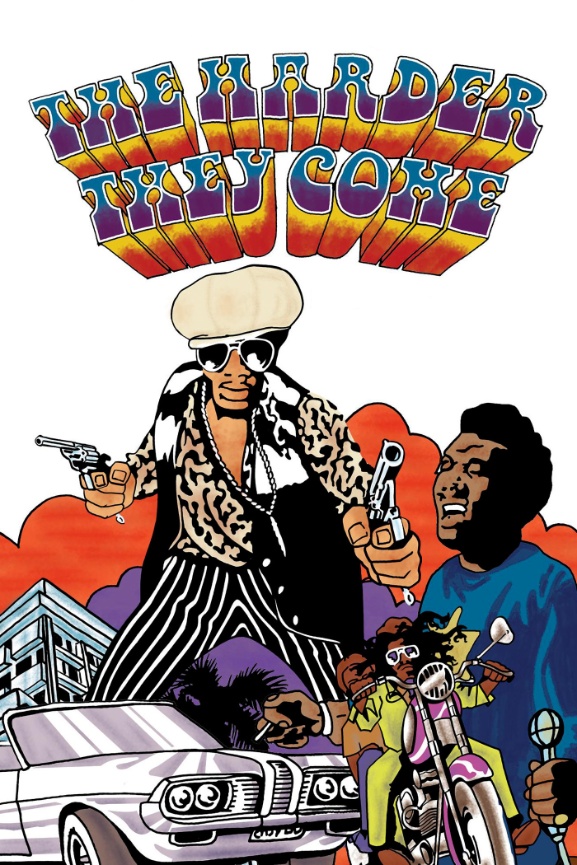