Pioneering British-Caribbean filmmaker, Menelik Shabazz, has joined the ancestors aged 67 after passing away on Monday June 28. Join us on Sunday, July 25 as we pay tribute to the late filmmaker with ‘A Special Tribute Talk’ with special guests followed by a double-bill screening of his classic film Burning an Illusion (1981) and music documentary The Story of Lovers Rock (2011).

Kush Films (UK), in collaboration with Caribbean Creativity (NL), presents
A Special Tribute To Pioneering Filmmaker Menelik Shabazz
Sunday 25th July 2021, 4-5pm (GMT+1)
A Special Tribute Talk (via Zoom)
As we reminisce about the life and works of Menelik Shabazz
With special guests Victor Romero Evans, Angie Lemar, and other colleagues and friends

Tickets: FREE but DONATIONS are appreciated*

* We have decided not to charge a ticket price as we are not looking to make a profit from this tribute event but instead ask for donations with the majority of the funds received to be donated to the Shabazz family.

Book your tickets now on Eventbrite and join the event on the day on MyScreenHub.com.

Considered to be a godfather of black British filmmaking, he particularly considered Burning an Illusion (1981), The Story of Lovers Rock (2011) and Looking For Love (2015) as his milestones. In addition, in 1998 he established the Black Filmmaker Magazine (BFM) in order to create a forum and platform for black filmmakers in the UK film and TV industry, and one year later, in 1999, he became the founder of the BFM (Black Filmmaker) International Film Festival, one the first international black film festivals in the UKBorn in Barbados in 1954 and an alumni of the London International Film School, Shabazz has won various awards, including the Grand Prix and Amien International Film Festival in 1982 for Burning an Illusion. 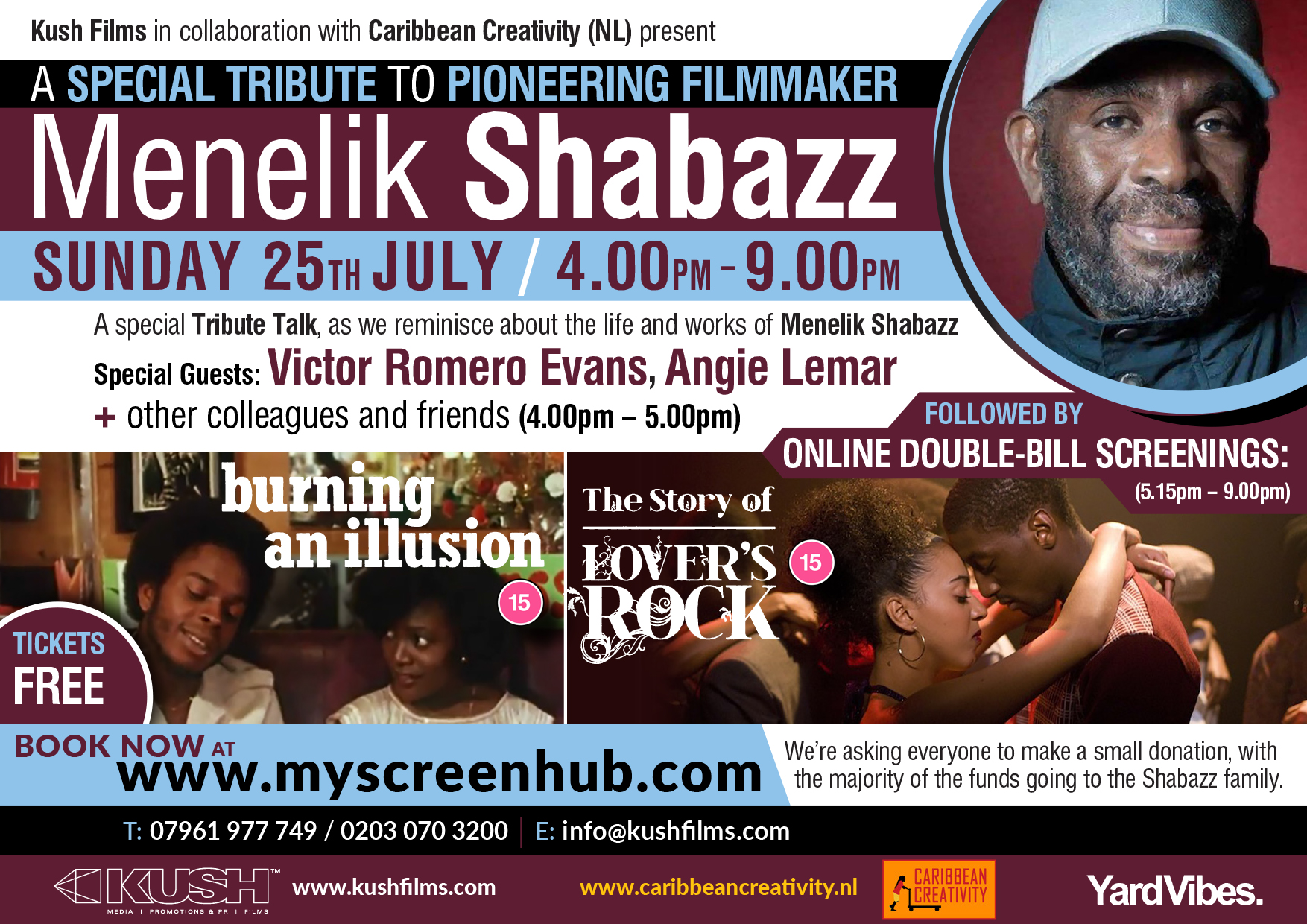