Caribbean Creativity regularly organizes Caribbean and other ethnic minority film events in the Netherlands. At present, we have three film event concepts what we recurrently host in Amsterdam and other Dutch cities: Reggae Vibrations Film (focused on screening Caribbean films), Ciesta (focussing on screening Latin American films) and  Afrolijk (focused on screened African films). Two other film event concepts we used to have are Yard Vibes and Rootical Vibrations (they more or less merged into Reggae Vibrations Film in 2017).

our past events | our upcoming events

Reggae Vibrations is a bimonthly roots reggae night at Paradiso in Amsterdam featuring the best sound systems. Initiated by Reggae Movement in 2015, Reggae Vibrations provides a vibrant platform for reggae art and artists. Each edition offers a varied program of national and emerging international musical artists. Caribbean Creativity joined the organization of Reggae Vibrations in August 2017 and has been programming Caribbean films prior to the party night since.

Ciesta (previously Fiesta Latinoamericana) is a film fiesta for the Latin American diaspora and Latin-minded community in Amsterdam and the rest of the Netherlands. Combining Latin American cinema and music, hence the name ‘ciesta’, a combination of ‘cine’ and ‘fiesta’ (and of course sounding like the Latin afternoon nap or rest, ‘siesta’), each edition we focus on a different Latin American country, starting with a new film from that country, often a local hit that doesn’t reach the film theatres and festivals in the Netherlands. After the film, the evening usually continues with a music performance and DJ night in the theme of the evening.

Afrolijk, meaning ‘Afro-joy’, is a film night for the African diaspora, Afro-Caribbean community and Afro-minded audience in Amsterdam and the rest of the Netherlands. Africa stands of course for Africa, but also for diversity, creativity and solidarity, and that all urban and funky, and both upbeat and laid-back. Welcome to African creativity, welcome to Afrolijk!

Being the ‘light version’ of Rootical Vibrations, Yard Vibes is an Amsterdam party in Jamaican (dancehall) style that fuses film, music and cuisine. In Jamaica, a yard party is a community celebration – liming, chatting and dancing in the ‘yard’ with your friends and family. Yard Vibes transfers this relaxed vibe to Amsterdam and hails the original yard in the Caribbean through images, sounds and tastes. Yard Vibes is an initiative launched in 2011 by Caribbean Creativity and is regularly held in different venues across Amsterdam.

Rootical Vibrations is a cultural event that offers a unique Caribbean experience through rasta film, roots reggae and ital food. The event spotlights the positive vibrations of Rastafari and provides a platform for Rasta artistic expression. Central to the event is the film screening. Each edition of Rootical Vibrations we select a quality movie (often a Dutch or European premiere) that relates to Rasta culture and invite the filmmaker to join us for a (Skype) Q&A. The night traditionally opens with a Nyabinghi drum session and continues after the film with a performance by an emerging reggae artist. DJs spinning groovy reggae tunes eventually closes the night. Rootical Vibrations is unique in its kind. Launched in 2010 by Caribbean Creativity in collaboration with the Dutch Rastafari consciousness group Each One Teach One, it is the only event in the Netherlands, perhaps even in Europe, that screens Rasta-related films on a regular basis. Rootical Vibrations has become a household name among the Rasta and Reggae community in the Netherlands, drawing large and committed crowds each edition. 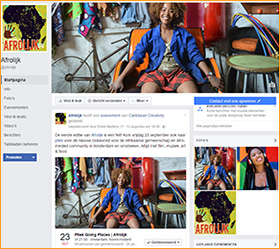 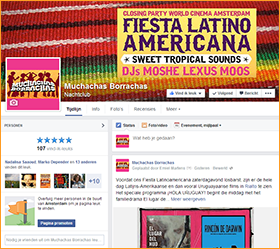