Rudeboy: The Story of Trojan Records

Synopsis
2018 saw the premiere of Rudeboy: The Story of Trojan Records, a superb visual and musical account of the label’s history that through a combination of archive footage, interviews and drama, explores the power of music to break down cultural barriers and change lives and the eventual birth of a modern multicultural society. At the heart of this cultural revolution, which first unfolded in the UK’s council estates and dancefloors during the late 60’s and early 70’s, was of course Trojan, which provided the musical soundtrack that inspired and influenced a new generation of British youth.

Directed by Nicolas Jack Davies, a natural storyteller with a reputation for highly cinematic, innovative and emotive work, the documentary begins with the development of the sound-system culture in Jamaica before exploring the growth of the island’s recording industry that by the early 1960s gave birth to a new sound: ska. Later, the conflicting experiences of newly arrived Afro-Caribbean immigrants in the UK are highlighted before the film focuses upon the launch of Trojan Records and the effect of its music upon Britain’s white, predominantly working-class youths, who would soon be branded ‘skinheads’.

As the Trojan story unfolds, its music and influence are further examined, as the company grows from a small independent to a major player on the global music scene. Finally, its sudden and dramatic demise in 1975 and subsequent revival isscrutinised in detail, along with its influence upon music around the globe up to the present day. Among the cast of legendary artists featured are Lee ‘Scratch’ Perry, Toots Hibbert, Ken Boothe, Marcia Griffiths, Dave Barker, Dandy Livingstone, Derrick Morgan, Bunny Lee,Sly & Robbie, Lloyd Coxsone, Pauline Black and Neville Staple. 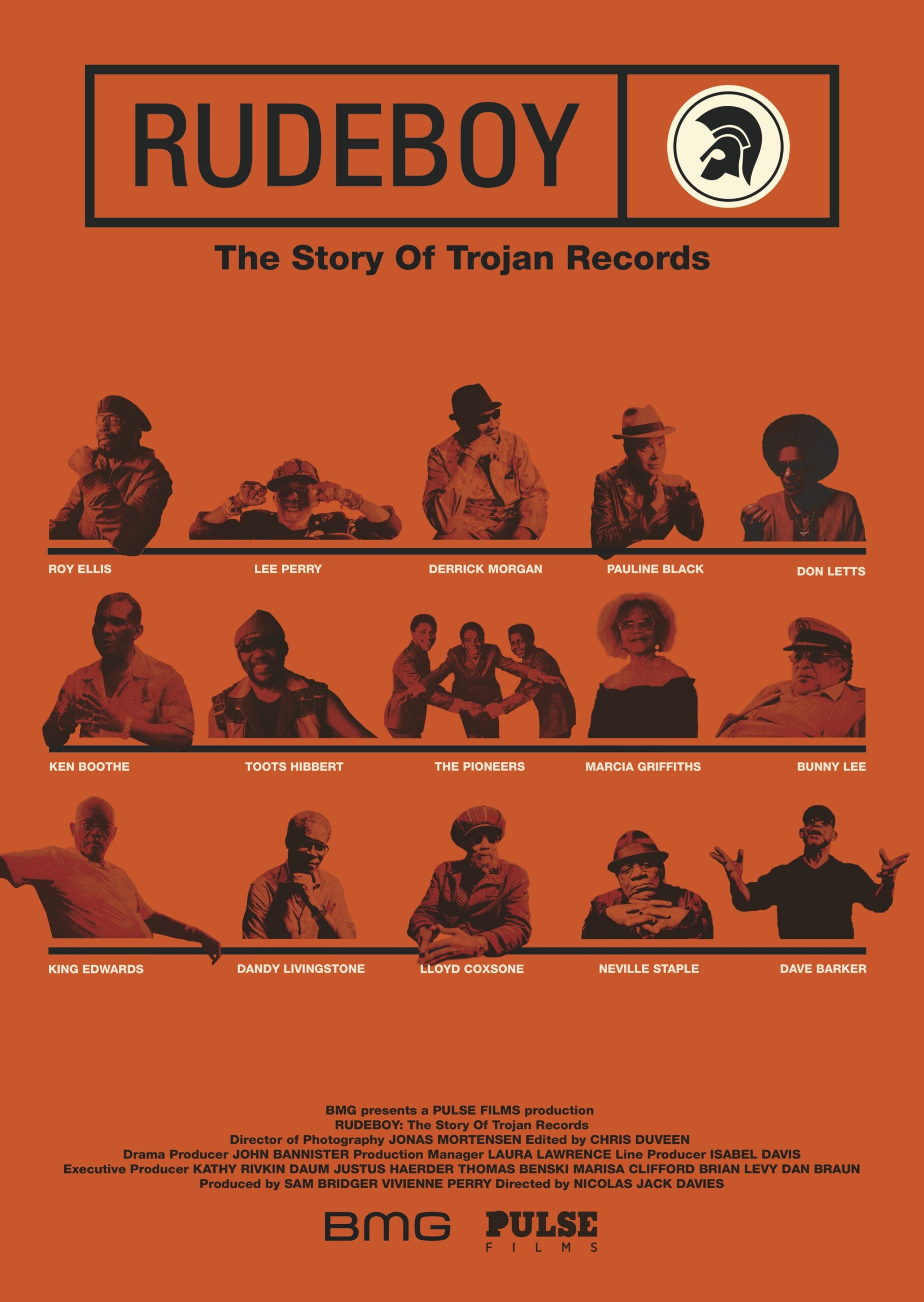